He Said, She Said – How comparative negligence can be a game changer for subro results 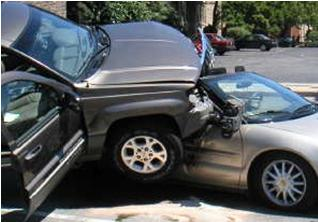 Comparative negligence remains one of the biggest challenges noted in closed claim file audits.  Certainly, plenty of claims are paid at 100%, or denied at 0%.  There is even the occasional 50/50 claims thrown in for good measure.  But all told, only about 3-5% of claims are closed with a comparative negligence assessment.  Which begs the question, why is this such an ongoing challenge for insurers given the downsides of leakage, adverse insured retention and missed subrogation?

To begin to understand the concept of comparative negligence, lets go back to its beginnings.   Comparative negligence doctrines evolved from the original concept of contributory fault.   In Butterfield v. Forrester, 11 East 60, 103 Eng. Rep 926 (K.B. 1809) we learn that Forrester had left a pole against his home jutting into the road.  Butterfield struck the pole, was injured and sued.  Witnesses attested to the fast pace of Butterfield’s horse.

Fast forward to 1928 and the case of Palsgraf v. Long Island Railroad.  A man was boarding the train with the assistance of LIRR staff.  He accidentally dropped a package containing fireworks which exploded causing injury to Palsgraf, who was at the other end of the train.

Palsgraf sued the railroad for injuries.  Trial and appellate courts sided with the plaintiff. However, the Supreme Court reversed with jurist Benjamin Cardozo introducing the zone of danger theory.  He said that a duty that is owed must be determined from the risk that can reasonably be foreseen under the circumstances.  A defendant owes a duty of care only to those who are in the reasonably foreseeable zone of danger.

Along the way, there were several other key cases that led to the concept of comparative negligence, as the contributory approach was viewed as potentially harsh.   In Davis v. Mann (1842), the last clear chance doctrine was established.   Byrne v. Boadle (1863) established actual and proximate cause.   In 1915, British Electric Railway v. Loach further established proximate cause.    In 1931, Wisconsin became the first state to implement a comparative negligence law.

So here we are in 2021 and only 3-5% of claims are settled with comparative assessments.   This is much different than the courts where jurors apportion liability more than half the time.   It is estimated that 15% of all claims are closed with missed subrogation opportunities due to the lack of accurate liability decisions at a cost of $15 billion dollars to the industry.   Not to mention some very unhappy policyholders who are out some, or all, of their deductible.

At a very minimum not applying comparative in situations prone to shared liability (lane change, intersection, slip and fall, liquor liability, etc.) is just poor claims handling.   But what if it is systemic?  What if there are a substantial number of claims where comparative should have been assessed that were not?  Not only are insured’s out portions of their deductibles, but could a crafty trial lawyer create a much bigger cause of action?

To help carriers, self-insured’s and TPA’s address this issue, we have created a no cost liability training seminar.   Our session addresses comparative negligence from a practical standpoint.   When it should be applied, proper statement taking and investigations, and most importantly, how to effectively negotiate an accurate outcome.

The training can be conducted remotely and the results have traditionally been an uptick in comp neg assessments which improve both settlement accuracy and subrogation recognition.   As one who worked in the trenches of claims for many years, I have tried to tailor the class to be both information and fun, with a curriculum that encompasses the history of comp neg, practical application and interactive workshops.   If you are interested in learning more, please contact me at ctidball@2ndlook.net.

Chris Tidball is an Executive Claims Consultant with SecondLook, a leading claims support organization specializing in improving subrogation results.   He has been in the insurance business for more than 30 years, starting as an adjuster and moving into management and executive roles with multiple Top 10 insurers. He is the author of multiple books including Re-Adjusted:  20 Essential Rules To Take Your Claims Organization From Ordinary To Extraordinary!  His liability seminars have been presented to multiple carriers across the United States and globally.   To learn more visit www.secondlook.net or contact Chris at ctidball@2ndlook.net.

Moneyball: The Pros and Cons of Data Analytics and Subrogation 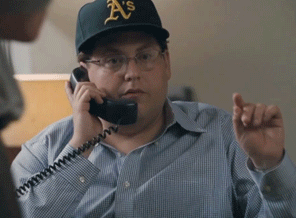 As a big supporter of data analytics, and their use in the subrogation process, let me be the first to say that everyone should utilize them.  But, you should not solely rely on them because they only get you 60-85% of the way there, depending on how good the modeling is.

I am in a unique position of seeing this from both the carrier and the vendor side.   During my tenure as an executive with subrogation responsibilities for a large, global carrier, we had a great data science team.  Our algorithms were outstanding, and we utilized top tier claims professionals to help build out the models.   We still missed a lot of subrogation, which we learned after an engagement with SecondLook.

SecondLook provided keen insights into our process and helped us identify the best path forward.   They became an invaluable partner who assisted us in achieving record amounts of recovery dollars.

From a vendor perspective, I see this on a daily basis, as we partner with insurers, self-insured’s and TPA’s, to help them find more money.   In fact, we are so confident that money is being left on the table that we will do our closed file audits at no charge.

A question I get a lot is how can we find money when others missed it?   This is a somewhat complex answer that will vary from client to client, but simply put there is an over-reliance on data that does a great job of identifying the low hanging fruit but misses a lot of more complex claims.

Like pretty much everyone in the industry, we also use algorithms to ID and score recovery opportunities, but unlike others we have also modeled over 600 years of collective claims experience into this process.   By blending the people component with analytics, a more robust process was created which identifies a significant amount of subrogation that is otherwise missed.

As an example, SecondLook reviewed a sizeable volume of claims that were closed by the front-line claims adjuster and an external subrogation vendor.   After our review of these claims we recovered over $2 million dollars that both had missed.

What our process creates is a plug and play solution that is configurable to any organization.    In some instances we find clients that are doing a remarkable job on collision claims but are missing the mark to the tune of millions of dollars on PIP and Medpay.    In other situations, such as workers’ compensation there is often a rush to closure and future credits are left on the table.   In the world of healthcare, we see tremendous opportunities to identify potential liability claims that are currently being missed.

Finding and recovering on missed subrogation provides a tremendous lift to organizations and can provide valuable insight into why these claims are being missed in the first place.   While there are a myriad of reasons why, it often comes down to training and time.  Adjusters, especially young adjusters, often don’t fully understand complex subrogation scenarios and concepts.  As carriers have centralized claims organizations and pulled boots off the street, the local jurisdictional knowledge that adjusters had in years past has declined.   Adjusters are also under a tremendous amount of pressure to get claims closed, and as I learned as a claims leader, anything but 100% clear liability subrogation is often pushed to closure to achieve a desired disposition outcome.

Chris Tidball is an Executive Claims Consultant with SecondLook, a leading provider of subrogation services.  He spent more than twenty years with multiple leading insurers as an adjuster, manager and executive.   Chris is the author of Re-Adjusted: 20 Essential Rules To Take Your Claims Organization From Ordinary to Extraordinary, multiple fictional claims thrillers and the screenplay for the television series The Adjuster.   He can be reached at ctidball@2ndlook.net

2ndlook ai audit chameleon championship team chris tidball claims findingmillions flood florida fraud michael jordan missed recoveries missed subrogation no-fault pip pip/medpay recovery review recoveryreview reverse subrogation secondlook subro subrogation success zozotechnology
Privacy Settings
We use cookies to enhance your experience while using our website. If you are using our Services via a browser you can restrict, block or remove cookies through your web browser settings. We also use content and scripts from third parties that may use tracking technologies. You can selectively provide your consent below to allow such third party embeds. For complete information about the cookies we use, data we collect and how we process them, please check our Privacy Policy
Youtube
Consent to display content from Youtube
Vimeo
Consent to display content from Vimeo
Google Maps
Consent to display content from Google
Save
Skip to content