Bailment : The Devil Is In The Details 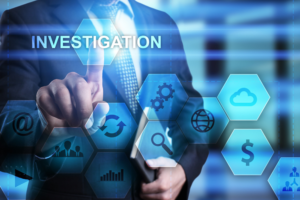 In many respects, subrogation can be one of the most challenging aspects of the end-to-end claims process. Perhaps nowhere is this more evident than in the pursuit of complex recoveries, such as those associated with bailment.

According to Blackstone’s definition, bailment is of French origin and means “a delivery of goods in trust, upon a contract, express or implied, that the trust shall be faithfully executed on the part of the bailee.”

In layman’s terms, bailment is the delivery of tangible personal property to a person on the condition that it be returned by the bailee to the bailor as soon as the purpose of the delivery is complete. When thinking of bailment, consider situations involving checking baggage with an airline or leaving your vehicle with a mechanic for repairs.

When considering bailment, note that some arrangements benefit the bailor, some the bailee, and others enjoy mutual benefit. As a rule, the bailee owes the bailor the duty to use reasonable care to safeguard the property. However, the standard of care is dependent upon who receives the benefit of the bailment.

Consider a couple of scenarios:

If a friend loans me his chainsaw, I am the sole beneficiary and owe a high degree of care. Let us say that the same friend wants to take a vacation and asks to leave his car on my property so as to have it out of the street. In this case, the benefit is to him, and the duty of care owed is greatly diminished.

What is most often seen in the P&C industry involves various degrees of benefit associated with automobiles, watercraft, and other sources of transportation. As a general rule, a cause of action arises in situations where there is delivery of bailed property that is lost, damaged, or stolen. In such instances, a presumption of negligence on the part of the bailee arises, putting the onus on them to show that they exercised a reasonable degree of caution.

It is important to recognize that the degree of care varies and causes of action can be limited by contractual language, such as that contained in many contracts for self-storage units. But it is also important to recognize that courts have held that this type of loss may not constitute bailment, as the self-storage unit never had physical possession of the property.

Another important distinction arises between bailment and consignment, where the goods are merely placed with a middleman and are governed by Section 9 of the Uniform Commercial Code (UCC). The code defines a consignment as a transaction in which a person delivers goods to a merchant for purposes of sale, and (a) the merchant deals in goods of that kind under a name other than the name of the person making delivery, is not an auctioneer, and is not generally known by its creditors to be substantially engaged in selling the goods of others; (b) the goods must have a value of at least $1,000 at the time of delivery; (c) the goods are not consumer goods immediately before delivery; and (d) the transaction does not create a security interest.

As a bailment is not for sale, it is not subject to UCC Article 9, but rather is entrusted property as defined under UCC Article 2-403(3). This is why a proper claims investigation is critical to identify the terms of any agreements entered into between multiple parties.

It is also important to distinguish between bailment and license. A good example of licensure is a vehicle parked at a municipal parking meter. By license, the vehicle owner may obtain permission to park (fee). Failure to pay that fee would be trespass and result in a fine. Licensor has no obligation to be vigilant over property, nor may they retain the property.

However, bailment can arise if a person delivers his vehicle to a parking facility and transfers possession to an attendant, such as a valet. Generally, parking lots are typically absolved from liability in situations where there has been no release of care, custody, and control unless a cause of action can be created against the owners or their employees.

Similarly, it is important to distinguish between bailment and a sale, with the latter taking place once possession has been transferred and consideration for the property made.

To determine if bailment applies, consider the following:

As you can see, the devil is in the details. This is why it is so critical to have a well thought out investigation that delves into all the aspects and nuances of claims that are so often overlooked. While subrogation can be a very complex — and often misunderstood — aspect of claims, it can also be incredibly profitable for those taking the time to dig deep and find the pot of gold that is often overlooked.

Chris Tidball is an executive claims consultant with SecondLook (www.secondlook.net), a subrogation firm with more than 600 years of collective claims expertise that has delivered over $1 billion dollars to clients.  His career has spanned thirty years, including claims leadership with multiple Top 10 insurers.  He is a speaker and the author of Re-Adjusted: 20 Essential Rules To Take Your Claims Organization From Ordinary to Extraordinary, fictional thrillers Swoop & Squat and Deep State, and the creator of the fictional TV series, The Adjuster.   He can be reached at ctidball@2ndlook.net

2ndlook ai audit chameleon chris tidball claims findingmillions flood missed recoveries missed subrogation pip/medpay recoveryreview recovery review secondlook subro subrogation zozotechnology
Privacy Settings
We use cookies to enhance your experience while using our website. If you are using our Services via a browser you can restrict, block or remove cookies through your web browser settings. We also use content and scripts from third parties that may use tracking technologies. You can selectively provide your consent below to allow such third party embeds. For complete information about the cookies we use, data we collect and how we process them, please check our Privacy Policy
Youtube
Consent to display content from Youtube
Vimeo
Consent to display content from Vimeo
Google Maps
Consent to display content from Google
Save
Skip to content