He Said, She Said – A back to basics approach to comparative negligence 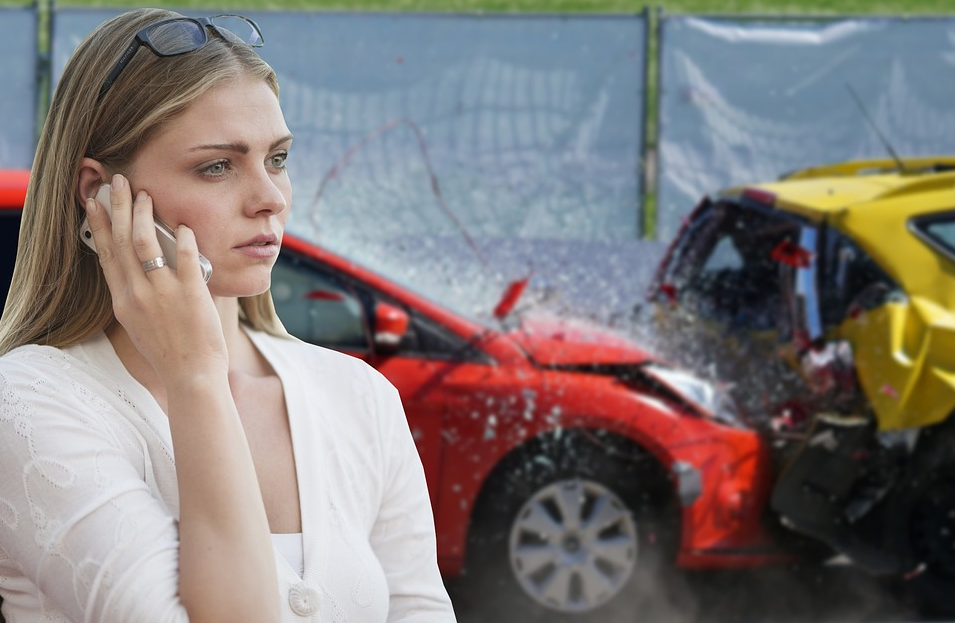 My son recently graduated from college and began his career as an auto liability adjuster.   It has been a lot of fun watching him grow into the role and taking his calls with questions, most frequently about liability.   Having been in the business for over thirty years, I probably take liability knowledge for granted.  The reality is that it can be very challenging to properly assess fault.   Even simple situations sometimes require a lot of investigation and critical thinking.

Consider the typical rear-end accident and the presumption that the person in the rear is always at fault. However, what if the person who got hit from behind had intentionally slammed on their brakes, had a defective brake lamp or was in the process of backing up? Compounding matters, consider claims scenarios involving intersections, parking lots, slip and falls, or liquor liability.  If you really want to talk complex situations, let’s examine mass torts, cargo, supply chains and faulty products from abroad.

The origins of comparative negligence date back to 1809 and a decision from the King’s Bench in the case of Butterfield v. Forrester.   Forrester had left a pole jutting out into the road.   Butterfield struck the pole, was injured and sued.   The King’s Bench instructed jurors that if the plaintiff contributed to his injuries in any way, he would be barred from recovery.   Welcome to the advent of Contributory Negligence.

Perhaps the most famous case is Palsgraff v. Long Island Railroad from 1928.   A man was boarding a rail car with the assistance of an LIRR employee who accidentally dropped a package containing fireworks which exploded.   Palsgraff, who was at the other end of the rail car, was injured and filed suit against the LIRR.   The trial and appellate courts sided with the plaintiff, but the Supreme Court reversed.   The key holdings were that a duty owed must be determined from the risk that can reasonably be foreseen under the circumstances (how duty is determined).  A defendant owes a duty of care to those who are in the reasonably foreseeable zone of danger.

As caselaw continued to evolve, so too, did state legislatures with Wisconsin being the first implement a comparative negligence law in 1931.   Today, we have a hodgepodge of contributory, modified and pure comparative states.

But liability still remains a challenging issue, as it is often not black and white.   Adjusters are tasked with making liability decisions, yet their results often fall far below juries, who apportion liability in a majority of cases nationwide.   In closed file audits, conducted free of charge, by SecondLook, a leader in subrogation and claims consulting, an estimated 3-5% of files were closed with a comparative decision.   In fact, errant liability decisions are the single leading cause of missed subrogation.

So, what can carriers do to drive these results? There are plenty of software-based solutions that will provide assistance to the extent that they are effectively executed by the adjusting corporations. There is also the approach of going back to the basics and instilling in the organization the most fundamental concepts of duties owed and duties breached. This should be spelled out by adjusters as part of their liability assessment that should occur in each and every file they handle.

It is often said that the devil is in the details, and in many cases far too many details get overlooked, for reasons ranging from staffing shortages to inadequate training or management/mentoring oversight. By providing adjusters with the necessary tools to understand liability and the time to obtain the facts, inspect the damages, preserve property, and utilize experts, carriers can leverage an accurate outcome that properly identifies and assigns fault.

To optimize claims performance, carriers need to instill an ethic of “investigate, evaluate, and negotiate.” These form the foundation for quality claim files containing accurate settlements yet are increasingly overlooked in a never ending quest to chase other metrics of dubious distinction.

Investigate, investigate, investigate!  This can’t be said enough. Are statements taken from all parties? Has all damaged property been inspected, photographed and preserved? Was there a scene investigation? Were primary and secondary liability factors or mitigators considered? Which duties were owed; which ones were breached? By taking the steps to complete a thorough investigation, not only will quality improve but so will results.

Evaluations are the critical byproduct of a thorough investigation. If the latter is incomplete, then how can the former be conducted at the level expected of a fiduciary? From the time the claim is reported, it is incumbent upon all involved to secure the necessary documentation to enable a fair and accurate assessment of coverage, liability and damages which are all of equal importance.

There is no question that evaluations take time; a necessity if one is to achieve accuracy. A detailed evaluation necessitates not only looking at all of the facts presented to date but thinking outside the box.  Often times scenarios that present themselves initially are far more complex as details emerge.

One aspect of the claims process that many adjusters struggle with is negotiation. There is no question that this can be a contentious and adversarial part of the process. Complicating matters is a struggling economy that has resulted in an uptick of insurance opportunism. Whether a claim is legitimate, inflated, or an outright fraud, it seems that everyone is trying to haggle for as much as they possibly can.

This makes the job even more challenging, as carriers must take steps to ensure that they have not only the best and brightest in their ranks but provide them with the negotiation tools and strategies that have been proven to work. Far too often people will take the path of least resistance, failing to negotiate the shared liability or pre-existing conditions. This not only costs the carrier, but alas violates the fiduciary duties between the insurer and the insured.

During my tenure as quality assurance director for a large multi-national carrier, our team was tasked with providing the necessary feedback to enable the organization to improve the entire claims process. From loss intake and investigation to evaluation, settlement, and recoveries, a myriad of opportunities existed.

Perhaps one of the greatest challenged faced across the insurance industry is consistency, such as liability assessment. While consistency in any process is a challenge, it becomes even more so when there is an element of subjectivity. After all, who’s to say if the accident was 50/50 or 60/40?

Herein lies the challenge, as a 10 percent differential in liability assessments is not necessarily the concern, but having clear comparative losses settled as absolute is. When reviewing internal data, it is critical to not only identify the frequency by which comparative is assessed, but to conduct calibration exercises to ensure that staff understands and uniformly applies the proper application of jurisdictional laws and general duties owed.

Calibration, defined as a set of gradations to show positions or values, brings into alignment what previously was out of sync. In the world of insurance claims, it accomplishes the ever elusive goal of organizational consistency.

This process can be used to benchmark both current results and internal knowledge. Once this has been established, internal processes can be designed so as to achieve a variety of metrics to gauge results.

While many aspects of the claims process should be calibrated, liability is often a key issue that can serve as a foundation for organizational improvement can be based. Proper liability assessment will ultimately lead to improved negotiations, more accurate settlements, better recovery identification and ultimately an improved bottom line.

In the end, it isn’t the bells and whistles that will improve results, but rather a keen focus on blocking and tackling the very basic elements of insurance claims. While there are certainly claims in which one person bears sole responsibility, they do not comprise the majority.

To the contrary, there are many more opportunities where shared liability exists. From product defects and dram shop claims to homeowner’s, commercial, and auto insurance, there are often multiple parties that share culpability. From points of impact to statement inconsistencies, it is incumbent upon the investigating claims team to identify those opportunities. But beyond the identification comes the effective negotiation. It is one thing to determine shared fault, but another to effectively educate a person as to why they bear some of the responsibility.

To take advantage of the opportunities that exist, it is critical to evaluate current results, both internally and against the industry. But even then, if 15 percent of all claims across the industry are closed with a missed subrogation opportunity, is that benchmarking enough?

A good solution is a three-pronged program that begins with the recognition that opportunities exist, and certainly can serve as a foundation from which to gain a competitive edge. By recognizing that money is being left on the table, there should be a tremendous cross-functional incentive to collaborate on effective solutions that have been proven to work.

Next, identifying an organization’s gaps can serve as an invaluable exercise to identify glaring openings like a football coach reviewing game day films. Simply asking process related questions isn’t enough. Sit down and plot out every single action taken from the inception of a claim through its final disposition. For carriers with multiple physical locations, or even multiple teams, this can prove to be an eye opening experience.

Lastly, calibrating the audience to ensure consistency of purpose is the only way to create an exceptional organization. As Vince Lombardi once said, “perfection isn’t attainable, but if we chase perfection we can catch excellence,” which should be everyone’s ultimate goal.

Christopher Tidball is an Executive Claims Consultant with SecondLook.  He has spent more than 30 years in the claims industry, including roles as adjuster, manager and executive for multiple Top 10 P&C carriers.   He is the author of Re-Adjusted: 20 Essential Rules To Take Your Claims Organization From Ordinary to Extraordinary! He can be reached at ctidball@2ndlook.net.