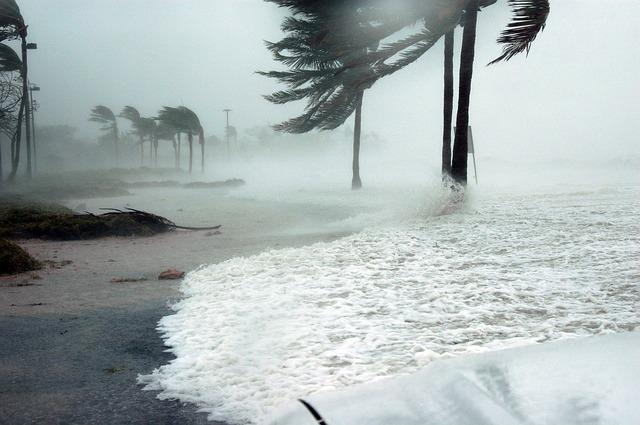 Florida lawmakers met in Tallahassee this week in an attempt to fix Florida’s broken property insurance system.   While they passed legislation, it remains to be seen whether it will have any impact on rates for consumers.

The Sunshine state accounts for 10% of all property insurance premiums in the United States yet has nearly 80% of all property related litigation.   While the legislature did address the issue moving forward, there are still hundreds of thousands of property lawsuits clogging Florida’s courts.

The legislature claims that they have stabilized the market by limiting one way attorney fees and curbing assignments of benefits.   These are two big steps that will likely bear fruit in the future.  However, they will not reduce policyholder premiums today.    In addition, there is nothing the legislature can do about the fact that Hurricane’s Ian and Nicole caused billions of dollars in damages that will have to be paid.  Nor can they do anything about the record inflation and supply chain issues that will make all of these repairs more expensive than ever.

What the bill likely did accomplish is to curtail massive future rate increases that have hurt Florida policyholders over the past few years.

Mark Friedlander of the Insurance Information Institute said, “We do not expect to see immediate relief for consumers, but the eventual goal is to moderate premium increases, which are averaging 33% statewide this year, and to attract more insurance companies to write residential business in Florida, which will benefit all homeowners.”

Floridians pay on average $4,231 dollars in property insurance, the highest in the nation.   It is estimated that those rates will go up another 30-40% next year.   Much of these increases are due to excessive and often frivolous litigation.   Whether curbing that will reduce premiums remains to be seen, but at a minimum it should reduce the amount of increases once the existing cases move through the courts.

The bigger question is whether this new legislation will entice more companies to write in Florida.  That remains to be seen.    There has been some criticism that the legislature could have done more on this front, including mandating that multiline companies that provide auto insurance also provide property coverage.   It is a novel concept worthy of discussion, but the reality is that carriers could simply opt out of Florida altogether creating bigger problems in other lines of coverage.

Arguably the worst part of the bill is the requirement that policyholders must utilize a private market insurer if they can obtain a policy that is within 20% of the cost of Citizens, the public insurer of last resort.   This means that policyholders who are currently paying Citizens $4,000 per year could be forced to move to another carrier if they could get a policy for under $4,800 per year.   The bill also requires Citizens policyholders to get private flood insurance, even if they are not in flood zones.   These sections of the bill are not only counter intuitive but will result in higher premiums for many Floridians.

Another billion dollars was set aside for insurers to get re-insurance.  This is in addition to the two billion dollars from this years earlier property insurance reforms.   Arguably, these three billion dollars could have been put to better use.   Currently, 49% of property premiums paid by Floridians go towards reinsurance.

The next question is whether there will be lawsuits resulting from this legislation.   This is Florida, the litigation capital of America and sure as the sun will rise over Tallahassee tomorrow there will be litigation.    There are both equal protection arguments and access to the courts issues that will be fodder for the trial lawyers to fight.   As is seemingly always the case in Florida insurance will come up again in the next legislative session and, as usual, Floridians will not see much relief.

Playing Monday morning quarterback is always easier than being Tom Brady on game day.   While we can certainly question much of what the legislature did, we do need to take a wait and see approach whether the new legislation can stabilize a very unstable industry.

A big part of stabilizing the industry is understanding how it got to where it is.   How did so many insurers fail.   Certainly, fraud played a role, as did excessive litigation.   Weather is always a role, as it is in Texas and the Carolinas where premiums are much lower than Florida.

Another issue is with some carriers that have done business in the state and failed.  According to Insurance News Net, Jacksonville based Sunshine State Insurance Company failed to show how their CEO received a $200,000 dollar bonus just months before liquidation.    Sunshine State’s parent company also took millions of dollars through various agreements prior to liquidation that were neither disclosed nor approved by the Office of Financial Regulation.

The crux of the problem in Florida has been blamed on excessive litigation, fraud, one way attorney fees and AOB abuse.    This was largely addressed in this session, but will it turn out to be an over correction that comes at the expense of limiting access to the courts for legitimate litigation?

While the plaintiff’s bar is claiming that litigation is just a scapegoat, the reality is that we don’t know how this will play out.  What we do know is that 80% of all litigation in the nation is in one state, Florida.  That honestly seems like the right place to start.   Unfortunately, the legislature missed on providing immediate premium relief to Floridians through some type of crediting mechanism.     Rather than including toll reductions for frequent drivers on toll roads, perhaps reducing premiums for those who do not live on barrier islands would have been a better focal point.

All in all, it was a pretty typical Tallahassee show.   Special interests on the insurance side were well served.  Special interests on the trial lawyers’ side, for the first time in a long time, were not well served.   As usual, Floridians were left out of the equation and will likely pay the price for the foreseeable future, hopefully with lower premium increases but certainly with no premium relief.

Chris Tidball is an Executive Claims Consultant with SecondLook, a leading provider of subrogation services to insurers, TPA’s and self-insureds.    His career has spanned thirty years in the insurance industry where he has served in adjusting, management and executive roles.   He is the author of multiple books and a frequent speaker at insurance trade events.   He can be reached at ctidball@2ndlook.net.